Mrs. Kennedy and Me #2 on NYTimes Best Seller List

Clint Hill and I had barely checked into our hotel in Dallas this afternoon when we got a call from our editor, Mitchell Ivers, at Gallery Books.


"In its second week, Mrs. Kennedy and Me is #2 on the New York Times Best Seller List," he said. "Congratulations!"


We are here in Dallas for a presentation tomorrow, April 19, 2:00 pm at the Sixth Floor Museum at Dealey Plaza.  Mr. Hill and I are thrilled that people are enjoying the book and that his moving story is resonating with readers of all ages.


We've been on a whirlwind book tour with stops in New York City, Kansas City, San Diego/La Jolla, San Francisco/Corte Madera, and now Dallas.  Up at 4:30 am for early morning live television interviews and going non-stop many days until 10:00 pm after a book signing event.  I am having a tough time keeping up with Mr. Hill! 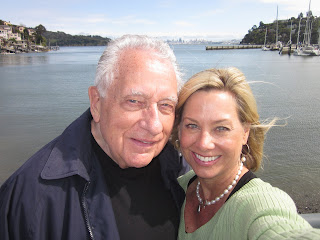 We did have a breather yesterday while in Belvedere, CA and took this self-photo on a beautiful day with the San Francisco skyline in the background.


What should you read this weekend? USA TODAY's picks for book lovers include a memoir by Jacqueline Kennedy's Secret Service agent, and two kids' baseball books just in time for the new season.
Enlarge
1 comment:

Lisa McCubbin on Writing Clint Hill's Mrs. Kennedy and Me

On April 5, I squeezed in a quick interview with Arthur Kade at the Peninsula Hotel in New York City about what it was like to write the book, MRS. KENNEDY AND ME, with Secret Service Agent Clint Hill.  The laughter, the tears, and re-living the memories.

Arthur was delightful, and while he kept referring to Jacqueline Kennedy as "Jackie O,"  I think that by the end of the interview, he may have broken the habit.  For, to Clint Hill, she will forever be, "Mrs. Kennedy."

Thank you to NBC's Savannah Guthrie and producer, Jennifer Long, from the Today Show for the respectful and beautiful story about Clint Hill and his memoir, MRS. KENNEDY AND ME.  Savannah and the rest of the crew from the show were true professionals.  As a former television news anchor and reporter, I know how stretched for time these people are, yet they clearly did their homework, came prepared to the interview, and put together a piece which is just as classy and elegant as Mrs. Kennedy herself.  Well done Today!

Visit msnbc.com for breaking news, world news, and news about the economy
1 comment: 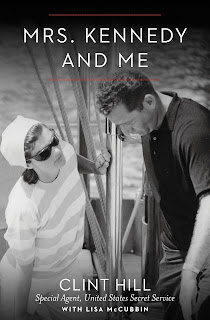 ‘Mrs. Kennedy’: A relationship of

By Don Oldenburg, USA TODAY
April 02, 2012
If you're a Kennedy vulture looking for scandalous scraps of hushed-up affairs, look elsewhere. Retired Secret Service Special Agent Clint Hill's charming insider's chronicle of the Kennedy years is more of aDriving Miss Daisy tale that contains lots of Secret Service logistical stories and daily-life anecdotes but few startling revelations.
Not that Hill drove Mrs. Kennedy much. His job was to protect her. But this account by the Secret Service agent seen in the Zapruder film frantically climbing onto the back of the presidential limo to shield JFK and the first lady on that fateful day in Dallas is more about how a relationship between two strikingly different people in close contact evolves into genuine intimacy.
When Hill, now 80, first met Jacqueline Bouvier Kennedy in November 1960, JFK had just been elected president and "Jackie" was pregnant with their first child, Caroline. Jackie was a rich girl, Mrs. Potter's School, Vassar, the Sorbonne, equestrian, married to the junior U.S. senator from Massachusetts. Clint Hill was an adopted small-town North Dakota boy, normal '50s childhood, Concordia College in Minnesota.
Hill had served on President Eisenhower's Secret Service detail and figured this reassignment to protect the next first lady was a demotion — the "Kiddie Detail." Little did he know he'd soon be accompanying Mrs. Kennedy on trips worldwide as she redefined the role of the modern first lady.
While Mrs. Kennedy's beauty, grace, intelligence and spirit quickly captivated Hill, her insistence on privacy and trying to raise her children normally are what earned his respect. He writes that he "wasn't there to be her friend," but he became one of her most trusted friends. He never uses the word, but not only did he adore her, it's clear from his book that Hill (who was married) loved her.
Yet they never ventured beyond formality. He was always "Mr. Hill," she was always "Mrs. Kennedy."
What makes this memoir memorable is that Hill was always there as the Kennedy legend evolved. He was there for Caroline's first snowman, and John-John's birth, for Thanksgivings at Hyannis Port and Christmases at Palm Beach. When Jackie's horse threw her headfirst, he raced to her side. As more than a 100,000 people lined the streets in New Delhi waving miniature American flags and cheering her, he was scanning the crowd for potential dangers. When she needed a tennis opponent, he did the best he could in his dark suit and Florsheim wingtips. While many of the book's anecdotes have previously been reported, Hill owns the point-of-view advantage.
At times, it's easy to tell where Hill's voice ends and co-author Lisa McCubbin's voice begins, such as when describing what Jackie was wearing: "an ice-blue long-sleeved silk coat with a matching whimsical beret." But McCubbin, an award-winning journalist, undoubtedly helped Hill sustain the storytelling quality of the narrative.
Nowhere in the book does that quality become more intense and dramatic than the 25 pages describing the day of the assassination and the disturbing details of Hill's eyewitness account as he climbed across the back of the limousine after hearing the first shot and seeing the president reach for his throat. What Hill saw in those seconds would haunt him forever.
As for JFK's infidelities, Hill upholds the "secret" side of his service and never even mentions any scandals. Still, the book conveys a sense of honesty and proves to be an insightful and lovingly penetrating portrait of the Jacqueline Kennedy that Hill came to know.
3 comments: